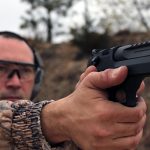 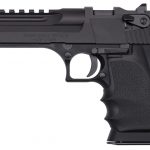 It’s hard to believe, but six years have already passed since the most eccentric governor in New York’s history passed the draconian SAFE Act. Those of you who weren’t affected by it should, at the very least, familiarize yourselves with it, as it’s a stark illustration of how they will come after your guns. 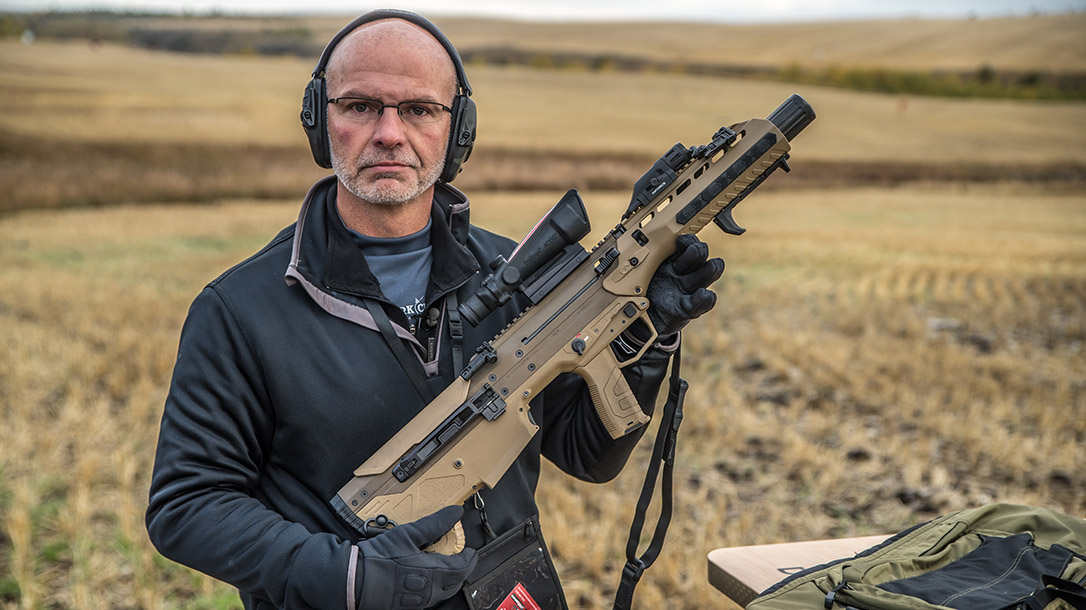 WATCH: Firing the Desert Tech MDR, the Self-Defense Rifle of the Future

How the Desert Eagle L5 Came to Be

When the news was announced at the 2013 SHOT Show, Kahr Firearms Group President Justin Moon looked at his employees and said, “We are leaving New York.”

Hellbent on extracting revenge, Kahr set out to strip the state of millions of tax dollars. Just six months later, the company purchased land in Greeley, Pa. It then started the relocation and second phase of the plan: creating guns that New York couldn’t regulate.

The Kahr Firearms Group includes Kahr, Auto-Ordnance and Magnum Research, the last of which resonates with many shooters as it was the inventor of the iconic Desert Eagle. The original Desert Eagle was massive, weighing in at 72 ounces, or 4.5 pounds. The clunky pistol chambered the massive .50 Action Express (AE) cartridge and produced rifle energies out of its 6-inch barrel. Although it is still produced and widely available today, this classic design fell victim to New York’s SAFE Act simply because it was too heavy.

You see, when people who don’t understand guns or violent acts where guns are used decide to get together and make laws, the output is completely nonsensical and hardly effective at stopping crime. New York bureaucrats felt that a 50-ounce weight limit would get guns like TEC-9s and MAC-10s off the street. However very few of those even exist, and the ones that do are already mostly in the hands of criminals—at least the fully automatic versions.

But these laws also brought about widespread innovation. Nothing warms my heart more than picking up a firearm that you know New York politicians did not want inside the state’s borders. Which brings us to the Desert Eagle L5.

This new scaled-down pistol from Magnum Research comes in at just 48.6 ounces. This was done intentionally to skirt the New York requirement and keep the massive .50 AE handgun available to civilians.

The .50 AE chambering is important. A few years back, I had the opportunity to get my hands on one of the first lightweight “Deagles” chambered in .357 Magnum. While it was fun to shoot and extremely controllable due to the integrated muzzle brake, I still felt cheated. It was as if I was shooting a .22 replica or an MG42 that was merely a 10/22 with a dress-up kit.

Around the same time, I started handgun hunting for whitetail deer in the dense woods of New York. Hunting with a pistol obviously means not having to carry a rifle, but it’s also easier to maneuver into and out of tree stands and other shooting positions. Hunting from a ground blind is monumentally easier with a handgun, for example, without making much sound.

The funny thing about New York is that, although its firearms laws are a complete disaster, its hunting laws are actually some of the most lax in the country. New York allows handgun hunting, even with semi-autos—and even on Sunday! There is also no requirement to plug a magazine. However, it’s important to stay updated, as New York just loves adding new laws.

The new lightweight giant comes in a non-reflective matte black finish, which provides a natural camouflage effect. As soon as I laid eyes on the gun, I knew that adding a good optic would create my new deer pistol. Thankfully, the Desert Eagle L5 comes equipped with an integral Picatinny rail on top. “Integral” hits home with me, as it means it can’t come loose. When you’re dealing with the recoil of a monster cartridge like the .50 AE, this is definitely something that needs to be considered.

Which brings me to the chambering. While the L5 is also available with 5-inch .44 Magnum and .357 Magnum barrels that you can swap out, as with other Desert Eagles, I obtained the .50 AE version for hunting. And it is not for the squeamish. New Yorkers are tough people—look at what we go through just to own a gun. But make sure you are up to the task of managing this hand cannon.

Another thing to consider is the quality of the optic you plan to use. This gun is a beast, so a cheap Amazon red dot will likely be torn to shreds internally before you finish your first seven-round magazine. For my purposes, I chose the Bushnell Advanced Reflex Sight from the company’s AR Optics line because it is tested to be shockproof as well as waterproof. This optic also comes with lockable windage and elevation screws, which I consider essential for any pistol-mounted optic, especially when it’s going to take a .50 AE ride. After mounting the optic, I gathered up some practice ammo from Armscor, defensive rounds from Hornady and some punishing full-house loads from Buffalo Bore.

Once I packed the car and gave my wrists a good stretch, I headed to the range. I always like doing stuff like this as early as possible; that is when I’m freshest and when the range is quietest. That was about to change dramatically. Filling the magazine with the solid-lead, hard-cast Buffalo Bore rounds, I took my initial shots to establish my zero. And let’s just say that I was thankful for the rubber grips; they were the only reason at least one hand was still on the gun after I pulled the trigger.

Firming up my grip, I was better able to manage the recoil as I continued my test. I enjoyed the fact that the L5 has a true two-stage trigger, with the first stage requiring right around 5 pounds of pressure and the second needing another 3 pounds for a total pull weight of 8 pounds.

Although I’m not usually a fan of finger grooves, these seemed almost necessary, as the large frame really fills your mitt. It’s also worth noting that the muzzle brake doesn’t make shooting this thing manageable—it makes it possible. Running through my sample ammo, I found decent accuracy all across the board and flawless cycling after just a magazine’s worth to break the gun in. I was very impressed with how well the L5 ran, as its predecessor sometimes got a bad rap for reliability. Buffalo Bore’s 350-grain FMJ was the most accurate round by a shade that particular day, with the Hornady 300-grain XTP not far behind.

Once I got back home, I took the dirty “Deagle” to my bench for disassembly and cleaning. Taking down the L5 starts off like cleaning a Beretta 92F. After you make sure the gun is completely unloaded and safe, you rotate a frame-mounted barrel lock. Once rotated, the gun more or less falls apart (so be ready). The cleaning process was simple, as there weren’t too many hard-to-reach areas. A little extra attention was needed by the gas port, but not a bunch. That is to be expected with any gas-operated firearm. Reassembly involved lining up the recoil spring and slide and then dropping the barrel in, which is the complete opposite from most other handguns.

After a safety and function check, I pondered how I would carry this new pistol. While there are many holsters available to carry the L5, I decided to pack it unloaded in my backpack. My ALPS OutdoorZ Commander X rig has a frontmost outward pocket that fits the gun like a glove and offers an elastic cinch to keep it in place. With this setup, I’ll have everything I need to simply throw my pack in the car and get into the woods at a moment’s notice. When it comes to hunting, being in the right place before first light can make all the difference, and being able to rapidly leave camp is the only way to achieve that goal.

With my bag now completely packed, I have everything I need to brave the woods this December; hopefully I’ll come out with enough meat to keep my freezer stocked with sausage and jerky for the year. For more information, visit magnumresearch.com.

Bullet weight measured in grains and accuracy in inches for best five-shot groups at 15 yards.

This article is from the March-April 2020 issue of Combat Handguns magazine. Grab your copy at OutdoorGroupStore.com. For digital editions, visit Amazon.

New Jersey: They’re a Danger, So Have Their Guns Taken Away (All of them?)…