44 Special: Why the Classic Cartridge Ain’t Dead Yet 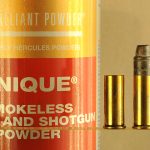 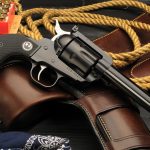 There is undeniably something special about the .44 Special. From its humble beginnings around 1907 to more modern times, penned by the greats of the golden age of shooting, including Elmer Keith, Charlie Askins and Skeeter Skelton, the .44 Special cartridge seems to please all. Despite the competition of the .44 Magnum in recent years, this cartridge still ranks up there as the favorite of big-bore buffs. And why not? With its ability to be fired in guns chambered for the .44 Magnum, it is the perfect stress reliever for shooters who dote on heavy, large-framed revolvers for casual plinking and small to medium game depending upon the species. 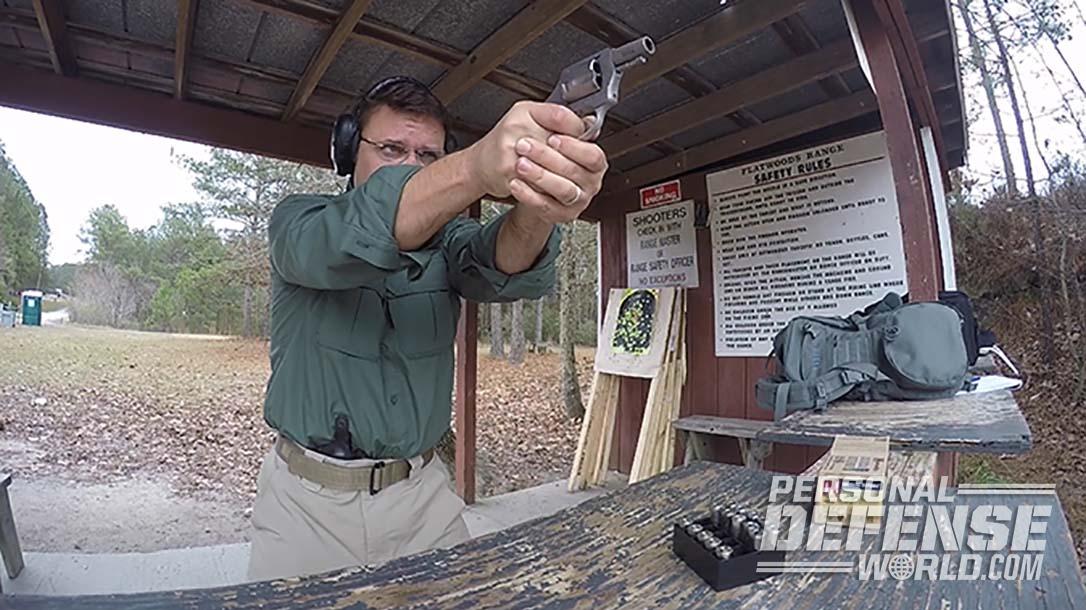 Hands on the Charter Arms Boomer Revolver in .44 Special

Over the years, the variety of guns just chambered for the .44 Special has dwindled in favor of the “one gun shoots all” syndrome. However, there are options for those looking for the gun that shoots only the .44 Special; Colt single actions and Ruger big-bore revolvers come to mind. Double-action aficionados can look to any of the .44-caliber guns that Charter Arms or Smith & Wesson made in the past, like the famed Model 24. In more recent times, special editions put out by various distributors across the county add more to the list, as do guns from Dan Wesson, Taurus, Freedom Arms and others.

Guns aside, handloading is your best bet for getting the most out of this vintage cartridge. In the beginning, it was fed a diet of black powder, giving it the distinction of a powerful .44-caliber cartridge with plenty of punch at the terminal end, which earned it the “pumpkin roller” nickname. Today, with modern bullets and powders, you can load the .44 Special up or down, depending on your needs in the field and the gun you’ll use it in. Granted, some barrels do take their toll in velocity on the short end, but those looking to “magnumize” the Special should look elsewhere. With the right gun, powder charge and bullet, the .44 Special is a joy to use at the range and hunt with in the field.

In loading the .44 Special, the first thing that comes to mind is what powder to use to maximize the potential of this cartridge and its economy of use. To start out, I wanted a powder that I could use for just about any bullet made today for the .44 Special; something economical, tolerable to various charge weights and, of course, accurate. Looking at the various resources I have in my library, Alliant’s Unique came up to the front of the line repeatedly. Chasing down the recommendations of the old masters like Phil Sharpe in his tome Complete Guide to Handloading, out of 160 different loads for the .44 Special, Unique racked up 38 (almost 25-percent) in bullet combinations from 145 to 260 grains with more than reasonable pressures. To me, Unique is a great powder to use and have on your bench.

If economics is your game, a 1-pound can of Unique (7,000 grains) will fetch you 1,000 loads using a 7-grain powder charge. Looking at the retail prices today, that comes to about 0.025 cents per charge if my math is right. Introduced in 1900 by Laflin & Rand of Haskell, New Jersey, and later absorbed by DuPont, it seems Unique was the “Johnny on the spot” powder to help the .44 Special move right along the popularity scale in subsequent years. Regardless of the cartridge you load, Unique is still one of the most versatile powders on the market today.

Bullets are next in the equation. From my stockpile, I gathered up samples from Hornady, Remington, Sierra, Speer and Winchester along with a supply of CCI #300 large pistol primers. I started the loading tasks knowing that I’d later test my rounds in a Smith & Wesson Model 29 settled into a Ransom rest.

Looking at the selection of bullets for the first-timers, most are available at any gun shop or box store, with the exception of those from Remington. In recent years, the component section of the company has really slowed down for consumers. It seems at the time that I got the last batch of its big-bore bullets, but you may find some digging deep.

Starting out, it’s always a good idea to purchase new cases. However, if you have stockpile of .44 Special cases, resize them first before moving on. After full-length resizing in a carbide die (no messy lube necessary), check the overall length, which should measure around 1.16 inches. For a uniform crimp when running a quantity of finished cartridges, trim them all back to 1.15 inches. After that, run all the cases through the expander die with just enough of a bell on the mouth to seat any jacketed bullet. For lead bullets, open the case mouth a little more to prevent shaving of the bullet when seating. Then finish off with a medium type of crimp. 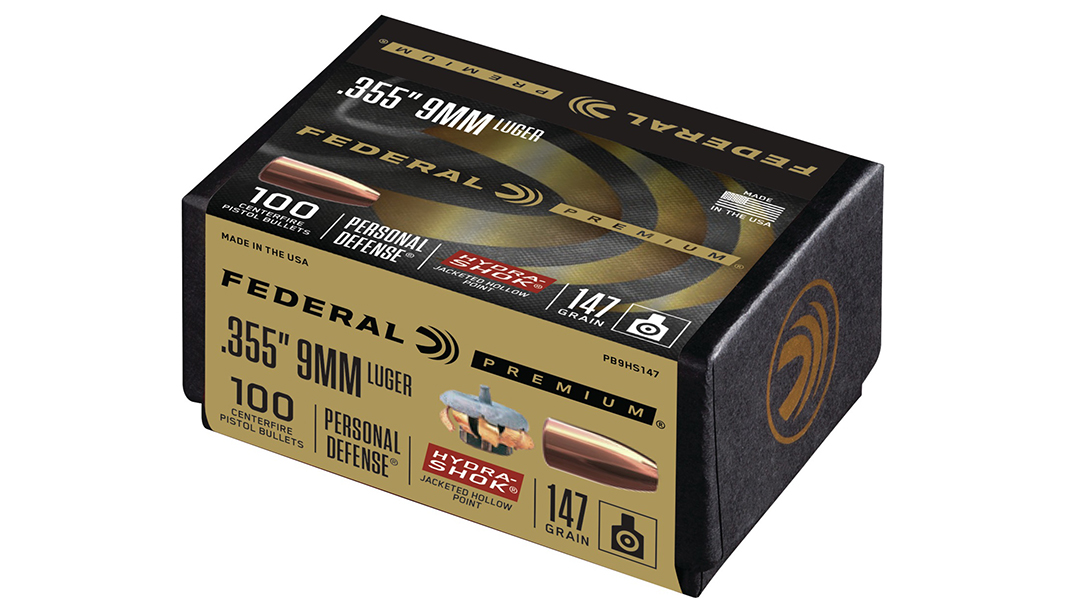 Running the tests with the gun in a Ransom rest is always a good idea; you’ll test the gun and ammo, and not your shooting skills, with this setup. When it comes to bullets, over the years I’ve run the gamut from 180 to 240 grains in jacketed form to a few samples from Hornady and Speer in lead with Unique powder loaded in all. When the smoke cleared, it was surprising how accurate the .44 Special could be, which over the years led a trail of serious target shooters right to its door.

For those interested in some of the more accurate handloads with Unique powder, I have gleaned the following from my records and logbooks. Just keep in mind to start at least a half-grain lower in your own handloading, especially for older guns. My 180-grain Remington hollow points, loaded ahead of 6.8 grains of Unique, produced a group measuring 0.72 inches wide at 25 yards, all at a velocity of 682 fps. The 200-grain Speer JHPs created a five-shot group measuring only 0.59 inches at 813 fps.

It seems the .44 Special, like the .44 Magnum, loves the heavier 240-grain bullets, and this showed in my testing. For example, I obtained a five-shot group measuring 0.79 inches using 6.5 grains of Unique powder and Hornady 240-grain rounds averaging 710 fps. And if you want to maximize velocity and sacrifice a little accuracy, you can use the Sierra JHC with 8.1 grains of powder; my groups just over an inch wide using this load at 914 fps. Finally, for those who like to swage or buy heavier lead bullets, the Speer SWC with 6 grains of powder clocked in at 711 fps. They printed a five-shot group—the best of my testing—of 0.4 inches.

In the end, all I can say is this: Never sell the .44 Special short. In the past, men like Sharpe, Hatcher and Keith saw great potential in this cartridge, especially for defense. With both new and older guns available and a wide variety of handloading components in stores now, I can’t see any reason why you shouldn’t give it a shot.

This article is from the November-December 2019 issue of Combat Handguns magazine. Grab your copy at OutdoorGroupStore.com. For digital editions, visit Amazon.

The post 44 Special: Why the Classic Cartridge Ain’t Dead Yet appeared first on Personal Defense World.

Driscoll: If Taxing Guns and Ammo Angers the Gun Lobby, Then Go Ahead and Tax Them

Driscoll: If Taxing Guns and Ammo Angers the Gun Lobby, Then Go Ahead and Tax Them