Kansas – -(AmmoLand.com)- Kansas Governor Kelly’s defenders claim she supports the 2nd Amendment, but anti-2nd Amendment activists blew her cover last weekend by voicing their support for her at a rally to push a radical gun-control agenda.

Kansas Governor Kelly has called for new restrictions on firearm purchases and aligned herself with those pushing for red flag laws that would eliminate your due process rights.

Leading up to the rally, the Co-Lead of the Topeka chapter of Moms Demand Action told KSNT that “Only federal dealers require background checks so people can go online or do private sales just to avoid that background check, which is really dangerous, and it puts guns in the wrong — in dangerous people’s hands.” Inaccurate and incomplete information is far too common coming from those fighting to restrict or eliminate the right to keep and bear arms. Help us spread the truth by donating to our political action committee or becoming a member today! 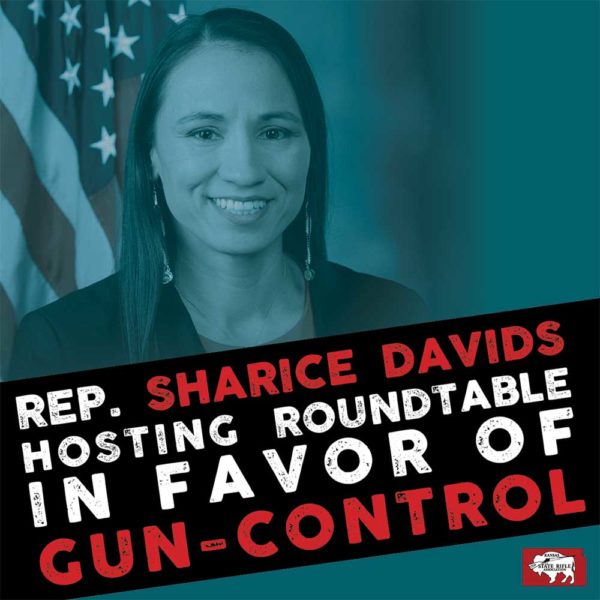 Governor Kelly isn’t the only prominent Kansas Democrat pushing to restrict the ability of Kansans to defend themselves. Congresswoman Sharice Davids from Johnson County is hosted a roundtable discussion on gun control this Saturday. The panelists include anti-2nd Amendment state representatives, an anti-2nd Amendment state senator, and leaders of anti-2nd Amendment groups Student Demand Action and Moms Demand Action. Congresswoman Davids doesn’t seem to believe there’s any need to include different perspectives on an issue in a ’roundtable discussion’.

The Kansas State Rifle Association has one purpose. To promote and strive for the improvement and protection of the firearms and sport shooting industry and protection of second amendment principals by encouraging and stimulating well-qualified individual citizens to run for public office and to take a more active and effective part in governmental affairs. Visit: www.ksraweb.net

Reality Takes A Bite Out Of Beto’s Gun Control Vision