U.S.A. –-(Ammoland.com)- While President Donald Trump and the White House have reached out to leaders in the Second Amendment movement in the wake of three mass shootings, with an apparent emphasis on so-called “universal background checks (UBC),” is there too much faith being put in the process as a crime-prevention mechanism?

Perhaps overshadowed by other shooting-related reports in the wake of almost back-to-back tragedies in El Paso and Dayton, which happened a week after another attack at a garlic festival in California, was a CNN fact check that cast doubt on the ability of a UBC to prevent such crimes.

The CNN report, by fact-checker Holmes Lybrand, responded to the question, “Would strengthening or expanding background checks have prevented the alleged shooters from purchasing firearms?”

The answer was blunt: “Doubtful. There is no indication that the shooting in Dayton, Ohio, would have been prevented by proposed universal background checks or legislation to bolster the federal background check system. The alleged El Paso, Texas, shooter purchased his firearm legally and there is no evidence that he had a criminal history that a background check would’ve caught.”

The killer in California legally bought his rifle from a retailer in Nevada, then brought it illegally into the state, where such a rifle is banned, the San Francisco Chronicle reported. Still, the “universal background check” is the solution most often suggested as a preventive measure following mass shootings. 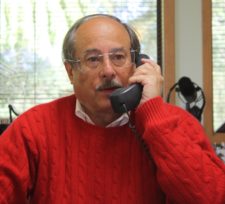 The Washington Post reported that the president spoke directly with National Rifle Association Executive Vice President Wayne LaPierre, and the Washington Free Beacon subsequently reported that a “top White House staffer” had talked with Alan Gottlieb, founder and executive vice president of the Second Amendment Foundation and chairman of the Citizens Committee for the Right to Keep and Bear Arms. Those conversations reportedly covered lots of ground, with Gottlieb stating, “We talked about everything from background checks to banning semi-automatic firearms and magazines to red flag laws.”

He called it “a very good, positive conversation.” LaPierre, meanwhile, issued this statement: “I’m not inclined to discuss private conversations with President Trump or other key leaders on this issue. But I can confirm that the NRA opposes any legislation that unfairly infringes upon the rights of law-abiding citizens. The inconvenient truth is this: the proposals being discussed by many would not have prevented the horrific tragedies in El Paso and Dayton. Worse, they would make millions of law abiding Americans less safe and less able to defend themselves and their loved ones.” 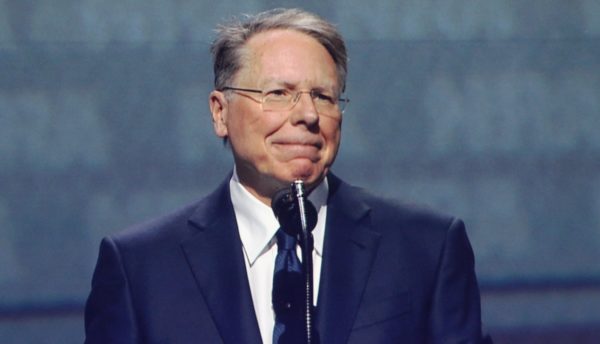 Both men said they would continue working to address real solutions to violent crime while protecting the rights of law-abiding citizens.

There has also been increased discussion about so-called “red flag laws” that allow authorities to take firearms from people who might be dangerous to themselves or others. But the firearms community has raised alarms about such laws over due process concerns. One Maryland man was killed last year by police who served such an order one morning shortly after 5 a.m. Questions have been raised about why the order was served at that hour.

And there is another consideration that may be getting less attention: homicide with weapons other than firearms.

While the media focus has been on the tragedies in Dayton, El Paso and Gilroy, Calif., police in Los Angles arrested a Garden Grove man who reportedly “went on a two-hour stabbing and robbery rampage” that left four people dead, according to the Associated Press.

And there was a fatal stabbing in the Queens district of New York City involving a man who allegedly murdered his wife in front of several witnesses at a nail salon, according to WNBC.

In Pittsburgh, reported KDKA — the local CBS affiliate — two women were stabbed, one fatally, at a bus shelter, apparently “right in front of a police officer” Thursday morning.

There are no background checks on knives or other cutting instruments. Recall that Isla Vista, California killer Elliot Rodger murdered three of his six victims by stabbing and slashing them, yet he is often only identified as the “Isla Vista shooter.”

According to the Washington Post story, an outright ban on so-called “assault weapons” is apparently a non-starter for the White House, but other measures reportedly remain in play. Gottlieb told the Free Beacon that he anticipates more discussions with the White House.

A Sunday Carry: Everyday Carry Pocket Dump of the Day

Being a Racist Is Easy Today

3 Ways to Improve the Reliability of Your 1911