U.S.A. –-(Ammoland.com)- On 26 July 2019, progressive City Attorney of San Diego, Mara W. Elliott had an article published in SDNEWS.COM. The article was grossly misleading. Politicians lie regularly. City Attorneys should be held to a higher standard.  In this case, Mara W. Elliot is acting as a politician, as she proposed the Safe Storage Firearms Ordinance. Here is a quote from the article. From sdnews.com:

Firearms are a leading cause of injury-related deaths among children, second only to motor vehicle injury deaths. Most of the 7,000 children killed and injured each year are shot are in their own homes. Most of these deaths happen when a child is playing with a gun, mistakenly thinking it was a toy or was unloaded or locked.

Mara Elliot emphasizes child deaths, but the number she references is for children “killed and injured.”  The number of children killed in unintentional shootings is a very small number. The CDC reports it with confident accuracy. In 2017, it was 95. Such deaths are exceedingly rare at 1.3 per million (.13 per hundred thousand).

The gun culture has done a tremendous job in reducing fatal firearm accidents. The rate of fatal gun accidents has been reduced by 94% since 1932.

The CDC does not list a number for non-fatal unintentional firearms injuries of children because their sample is too small to be accurate.

What Mara Elliot has done is a classic example of how to lie with statistics. 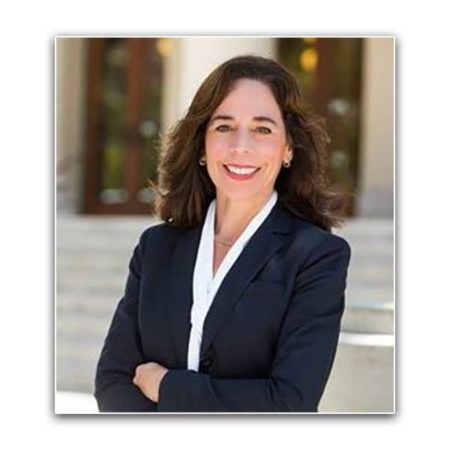 Most of the childhood firearm deaths are homicides. The CDC lists 919 homicides with firearms for children in 2017. The next highest are suicides, at 728.

Mara Elliot is not talking about those. From her article:

“Most of these deaths happen when a child is playing with a gun, mistakenly thinking it was a toy, or was unloaded or locked.”

The total unintentional injury deaths of children from all mishaps, in 2017, were 5,701, from the CDC.

Unintentional injury deaths of children, with firearms, were 1.7% of the total.

Elliot says, “studies show” that safe storage laws are highly effective at saving lives. She provides no reference to any such study?  I would like to see them. I quickly found a study that claimed safe storage laws did not reduce either juvenile accidental gun deaths or suicides. From crimeresearch.org:

It is frequently assumed that safe-storage gun laws reduce accidental gun deaths and total suicides, while the possible impact on crime rates is ignored. We find no support that safe-storage laws reduce either juvenile accidental gun deaths or suicides. Instead, these storage requirements appear to impair people’s ability to use guns defensively. Because accidental shooters also tend to be the ones most likely to violate the new law, safe-storage laws increase violent and property crimes against law-abiding citizens with no observable offsetting benefit in terms of reduced accidents or suicides.

Elliot also claims the Safe Storage ordinance will not infringe on gun owners right to carry weapons or to use them in self-defense. But devices that lock up guns are easy to fumble when under stress. Anti-Second Amendment activists often claim people will fumble with guns when they need them; they assume they will *not* fumble with gun locks when they need to remove them. Governor Parris Glendening fumbled with a gun locking device for over two minutes during the pressure of a press conference in 2000:

The footage shows Glendening at a Silver Spring news conference attempting to demonstrate the use of one of the locks his bill would require.

With the cameras running, Glendening tried in vain several times to remove the locking magazine from a 40-caliber Glock. He finally needed a reminder from police that he had to push a button to release the safety,

Unfortunately, the incriminating video seems to have disappeared from the Internet.

It beggars belief that homes without children be required to lock up their firearms, on the improbable possibility that some child might access a firearm there.

Californian’s right to carry firearms is infringed by the state law allowing local officials to deny carry outside of the home. While a Hawaiian federal court has ruled such law unconstitutional, the Ninth Circuit has placed a stay on the ruling pending appeal. They will not hear the appeal until after the Supreme Court has ruled on another case out of New York.

If your firearms are required to be locked when you are away, because you are not allowed to carry them with you, then, instead of being able to access a firearm as soon as you get home, you will have to unlock them, and carry them on your person in your home. There are numerous instances where people access firearms that are not locked up, and defend themselves and stop crime, reported every year.  In addition, the law makes no accommodation for responsible children to use guns in self-defense or defense of others when there are no adults in the home. Under California law, unsupervised children under the age of majority, are not allowed access to guns. In one California case, two children were killed by a madman with a pitchfork, because their 14-year-old sister could not access the family guns:

Some of Jessica’s siblings — Anna, 13; Vanessa, 11; Ashley, 9; and John William, 7 — were still in their bedrooms when Bruce broke into the farmhouse shortly after 9 a.m.

Bruce, who was armed with a pitchfork — but to whom police remain unable to attribute any motive — had apparently cut the phone lines. So when he forced his way into the house and began stabbing the younger children in their beds, Jessica’s attempts to dial 9-1-1 didn’t do much good. Next, the sensible girl ran for where the family guns were stored. But they were locked up tight.

Numerous cases of children using guns for defensive purposes are listed at this site.  Those are only the cases that are reported. Most defensive gun uses are not reported to the police or recorded in the media.

In some cases, locking up firearms for security makes sense. In other cases, it does not.

This appears to be a typical case of a consciously unarmed person attempting to impose their values on everyone else, by law. They see no cost to them because they do not own a firearm or intend to own one in the future. Any cost imposed on gun owners is acceptable because it is a cost imposed on someone else.

Most firearms owners are responsible, as seen by the extremely low rates of fatal firearms accidents.

For accidents involving children, firearms are about as deadly as bicycles.

It is hard to see how the proposed ordinance will have any beneficial effect. Those who pay attention to such things will be motivated to make their firearms less available for the defense of their home.  According to the CDC, there were 1,661 homicides of children in 2017.  17 times as many children were victims of homicide as died from fatal gun accidents. The CDC estimated firearms were used defensively, between 500,000 to 3 million times a year, in a study commissioned by President Obama.

Defensive use of guns by crime victims is a common occurrence, although the exact number remains disputed (Cook and Ludwig, 1996; Kleck, 2001a). Almost all national survey estimates indicate that defensive gun uses by victims are at least as common as offensive uses by criminals, with estimates of annual uses ranging from about 500,000 to more than 3 million (Kleck, 2001a), in the context of about 300,000 violent crimes involving firearms in 2008 (BJS, 2010).

Those who decide to have their firearms more available, rather than locked up, will have yet another reason not to call the police into their home. If the police find an unlocked firearm, there is another reason for a gun owner to be prosecuted.

Attacking Gun Ownership is an Assault on the Constitution

Attacking Gun Ownership is an Assault on the Constitution