How To Dye Your Polymer Gun Parts

Over the last couple years I have featured a couple of AR builds here on TTAG and elsewhere that had Russian Bakelite colored stocks and mags. Some people really loved the look of them and I have subsequently found my images “borrowed” and used on social media by shameless charlatans.

Over that time I was asked just where and how I got such cool colors and I decided to write what is probably one of the largest article devoted to coloring gun parts.

The dyes the author used for this project. (Josh Wayner for TTAG)

I decided to go for maximum effect and went with four colors of dye, all available at your local craft store. The brand I used was Rit. I used Sunshine Orange, Dark Brown, Pearl Grey, and Dark Green. I knew that I would get different results when dying different polymers, so I went with parts from SIG SAUER and Magpul for some consistency. 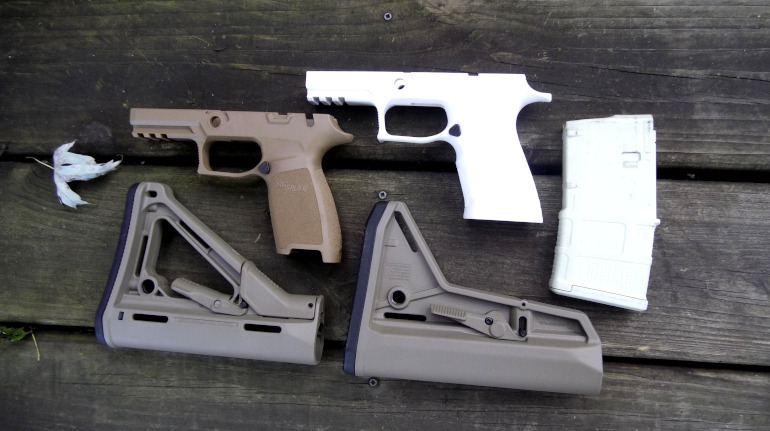 Original colors. Note the difference between SIG and Magpul earth colors. Also note at just how blinding white the SIG white frame is. It was so white it was almost impossible to photograph. (Josh Wayner for TTAG)

The SIG SAUER parts I used were grip modules for the P320 and M17 pistols. I received grips in white and FDE. I also got a variety of Magpul parts from my friends at Brownells. The Magpul FDE is different from the SIG color as you will note. I had some older ‘sand’ colored mags that I also decided to dye.

In order to do this project you will need a large pot of some sort that can be put on the stove. I used a stainless steel one so that I could clean it more easily. I’d probably refrain from using an enameled version as it could possibly get stained. You will need to fill the pot enough to cover all your parts as they need to be fully submerged for even coverage. To two gallons of water I added about ½ to ¾ of each dye bottle. That’s a lot, but you need enough density of the dye in the water to ensure color saturation. I add the dye as the water comes to a boil.

The nice thing about this project is that you don’t really have to remove any metal parts. I took the buttpads off the stocks and took the magazines apart, but an argument could be made that I didn’t need to. The dye won’t take to the metal parts.

Once the water is at a boil, you can reduce the heat slightly to a simmer. The next step is to get a pair of tongs and lower your parts into the water. 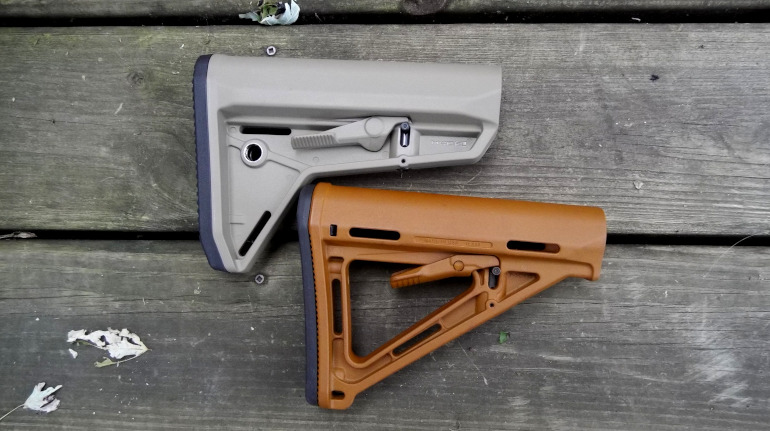 The Magpul parts take the dye almost immediately and only need to be submerged for a few minutes. If you leave your Magpul parts in too long they will keep absorbing color and become darker and darker. Magpul OD Green is seen on the UBR stock above. The CTR, grip, and mag all are colored with Dark Green. Notice that each turned out differently. The baseplate is the same dye, just a much longer exposure. (Josh Wayner for TTAG)

Once removed from the water, carefully move the parts to the sink and rinse them in warm water. The excess dye will rinse right off and you can handle the parts immediately. I just let them sit out and air dry, although you can certainly dab them dry if you wish.

The SIG parts didn’t take color very rapidly at all. In fact, I had to soak all of them for about 15-20 minutes at a low boil to achieve color saturation. 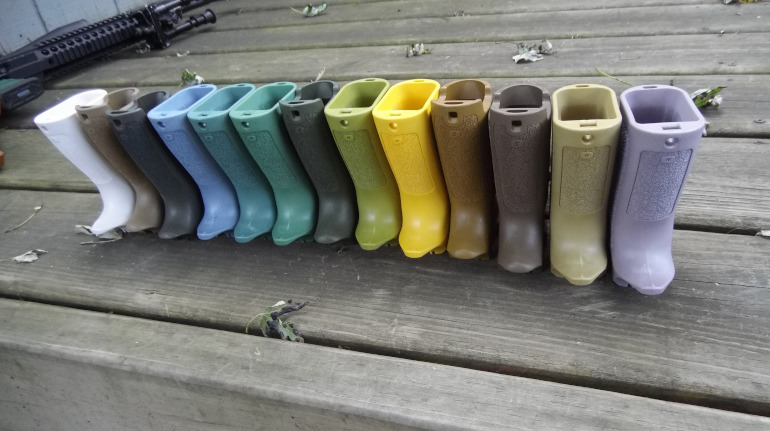 Some odd things happened as far as color is concerned. While I was expecting the results to be slightly different than the advertised color of the dye, the SIG parts didn’t absorb color the same way as the Magpul parts. The accompanying photos illustrate this quite well.

I got colors ranging from Thanos purple to avocado green. There was no telling what was going to come out when I put the SIG parts in. They took the dye well, but they just did not turn out as expected. The range of results I got from one dye color surprised me. I did not expect to come out with such a rainbow, but I did this in the name of pseudo-science which makes it all acceptable. I will probably take a longer look into the reasons why I got these colors at some point in the future. A few years of use and thousands of rounds later and the dye still holds up just fine. (Josh Wayner for TTAG)

So how well does the dye hold up on the parts? Very well, actually.

I have been using the Bakelite-colored AR-15 parts for a couple of years now and they have not faded, rubbed off, or scratched. The feed lip area of the mags show no real wear despite those being a high-activity area.

The dye penetrates the plastic pretty deeply and can’t chip. If you gouge a part deeply it can show the original color, but you really have to damage it to see that happen. 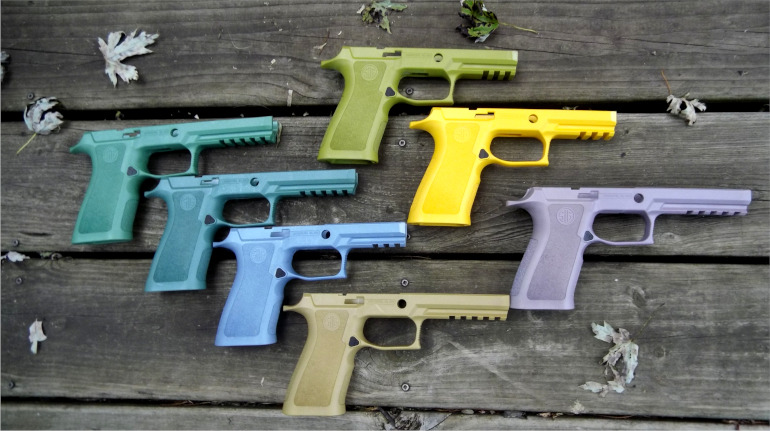 This was overall a fun project that really doesn’t take too long. My suggestion would be to buy a couple of sample parts that you don’t mind screwing up to test first. I had no idea that I would get the range of results I did and was surprised when Sunshine Orange dye came out a bright yellow.

There isn’t any going back once you dunk a part, so be careful and make sure you want to permanently alter a part before you begin your own project.

Cody Wilson Pleads Guilty to Charge of Injury to a Child