The Demise of the NRA has Been Greatly Exaggerated

The Demise of the NRA has Been Greatly Exaggerated

New York – The NRA has had some business issues play out in the public eye. . . No question. But, In fact, the issues faced by the NRA are the same issues that some large organizations face over time. The only difference is that the NRA’s issues are playing out in the public arena. Why? Because we are the NRA.

The root of the NRA’s problems are caused by the fear that the NRA will ensure the retention of the United States Senate by Conservative Republicans, re-capturing the House of Representatives by the Republican Party and most importantly securing the re-electing Donald Trump as President of the United States. Friends that’s what this is all about and if a few good men and a 150-year-old organization are ruined along the way, better yet!

Progressives will stop at nothing to achieve their goals just look back over the past 2.5 years at the attempt to destroy President Trump; charges of collusion, obstruction, sex and sexual abuse the only thing he wasn’t charged with was liking Rock & Roll. His family was supposed to be falling apart, his kids were crooks, Russian agents, and some even suggested the First Lady was a prostitute. Let’s not forget the attempt to destroy Judge Kavanaugh’s life with many similar claims. There are too many others whose lives were ruined through innuendo, false claims and coerced confessions to name but you know who they are because the fake news posted their names all over the United States.

Now it’s Wayne LaPierre’s turn in the barrel. Why? If you destroy Wayne, there is a good chance the NRA will fail or be greatly diminished.

Let’s look closer at his career path with the NRA, which began thirty-five years ago as a lobbyist. Over the years he excelled in every position he held and was finally appointed as Executive Vice-President. During his tenure as Executive Vice-President, the NRA grew from an anemic less than 2 million member association into the 5 million-member plus behemoth we have now become. While it is difficult to pin point an exact number some people, who know, say Wayne has personally raised hundreds of millions of dollars for the Association. By any method of evaluation that’s a matchless record.

Why? Why have a number of pro-gun associations and leaders joined with Bloomberg, Soros and others to sow dissent and demand Wayne’s resignation? Unfortunately, there is a myriad of answers and motivations to that simple question, but let’s delve into a few generically without naming names. One of the co-conspirators problems with the NRA dates back thirty years when similar claims were made, and an attempted coup was stopped by the Board of Directors. A couple of the other antagonists failed in an attempt to be elected to the Board of Directors and have carried a seething grudge since their loses. A couple of current Board Members truly believe they are on the right side. A few others simply saw this as a short cut up the organizational chart. Others are competitors – with considerably less octane.

Friends, no matter what their motivations are for this attempt to oust Wayne from his leadership role, the perpetrators are simply on a fools errand that will divide 2ndAmendment supports, lead to a weakening of the Association, ensure we lose the U.S Senate and possibly contribute to the failure to re-elect President Trump; which in turn will lead to the loss of the 2nd Amendment and gun rights as we know them. If you don’t believe this let me point out a few results of what total control by Progressive Democrats leads to: New York, California, New Jersey, Massachusetts, Connecticut, Washington D.C., Chicago, and Washington State. Need I go further?

In closing let me state that I stand behind the NRA, the NRA Board of Directors and Wayne LaPierre and in turn collectively we stand behind the Second Amendment and the Gun Owners of the United States.

Thank you, Wayne, for all you continue to do for us and for all that you’ve have accomplished. It is because of your efforts that we have semi-autos today, people can buy affordable guns and transport firearms freely for lawful purposes. You helped save the American firearms industry. You persevered till we have comprehensive Right-to-Carry laws. You made Castle Doctrine the law in many states. Preemption statutes, Emergency Protection Laws, Range Protection Hunter Harassment – all these laws – thanks to you. Please, know the gun owners of the United States support you and are grateful for your efforts on their behalf. 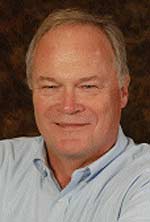 The New York State Rifle & Pistol Association is the state’s largest and oldest firearms advocacy organization. Since 1871, our organization has been dedicated to the preservation of Second Amendment rights, firearm safety, education and training, and the shooting sports. Our membership consists of individuals and clubs throughout the state. We are a not-for-profit 501(c)4 organization and the official NRA-affiliated State Association in New York. Visit: www.nysrpa.org

The National Rifle Association Needs to Fix its Own Politics