The growing turmoil within the NRA is no secret. It bubbled up into the mainstream media and began to boil over at the annual membership meeting in Indianapolis (though a lid was quickly put on that pot to keep the matter among board members and officers).

If you need to catch up, read this, this and this.

In short, a battle took place within the NRA over spending. Longtime marketing and PR firm Ackerman-McQueen had billed the organization for tens of millions of dollars over the years. When factions within the NRA tried to account for that spending, Ack-Mac wouldn’t or couldn’t provide details.

That resulted in an unprecedented lawsuit filed against Ackerman by the NRA.

In the run-up to the Indianapolis annual meetings, efforts were made to also account for the huge amounts paid to attorney William Brewer and his firm. Brewer is representing the NRA in litigation against the state of New York in connection with the NRA’s Carry Guard insurance program (that suit was dealt a setback yesterday).

We found out that on the eve of The Indianapolis meetings, NRA President Oliver North and other board members and large contributors confronted EVP and CEO Wayne LaPierre and asked for his resignation. They reportedly threatened to reveal embarrassing information about LaPierre if he didn’t step down.

LaPierre refused and responded with a fiery letter to the board. North resigned.

Sure enough, not long after North’s departure, details of excessive spending by LaPierre on clothing and travel came out and were reported in the mainstream media, along with more allegations of self-dealing, lack of internal controls and wild over-spending.

Why would LaPierre funnel hundreds of thousands of dollars in clothing and travel expenses through Ack-Mac? The only answer that comes to mind is he wanted to launder them through the PR company’s billings in order to charge them to the NRA without detailed explanation. If there’s another legitimate explanation, we haven’t heard it.

Now a number of additional relevant documents have leaked (see below), including correspondence from North expressing the need to hire an outside counsel to investigate the huge legal fees being paid to Brewer’s firm as part of the organization’s fiduciary duty to its membership.

Keep in mind two things: 1) though he was President of the NRA, North’s salary was paid by Ackerman-McQueen, and 2) Brewer, the outside attorney (who filed the lawsuit against Ackerman), is married to the daughter Angus McQueen, co-CEO of Ack-Mac.

A number of observers, NRA members and others, have dismissed these reports published by outlets like The New Yorker and Michael Bloomberg’s anti-gun propaganda outlet, The Trace. They claim that this is all just a targeted hit job against America’s oldest civil rights organization.

While those two publications and others no doubt relish these chances to land punches, that doesn’t mean the NRA doesn’t actually have very serious financial and managerial problems that need to be addressed with all possible speed.

As we’ve said before, the defense and preservation of gun rights in this country is served by a strong, influential National Rifle Association. But judging by conversations we’ve had with people who know, as well as media reports, the NRA has gotten itself into a precarious situation through years (decades?) of questionable spending, sweetheart deals, cronyism and a disturbing lack (or unwillingness to exert) managerial control over basic operations.

It’s now facing investigations by the New York State Attorney General and possibly the IRS which could jeopardize its non-profit status.

Either the NRA will clean its own house or its house will be cleaned for them by outside actors who are less than sympathetic to the organization or its ostensible goals. That cleaning process has to start with the board’s audit and finance committees exerting control and oversight as their fiduciary duty demands.

The efforts made at the NRAAM to air some of this and get people in place who are willing to deal with these problems were beaten back by LaPierre and his board allies. The new slate of officers running the operation is seen as still more LaPierre lieutenants and supporters and anything but reformers.

That leads observers to conclude that any changes made to the operation aren’t going to originate from within the NRA. And that’s very bad news for the membership and the right to keep and bear arms in this country. 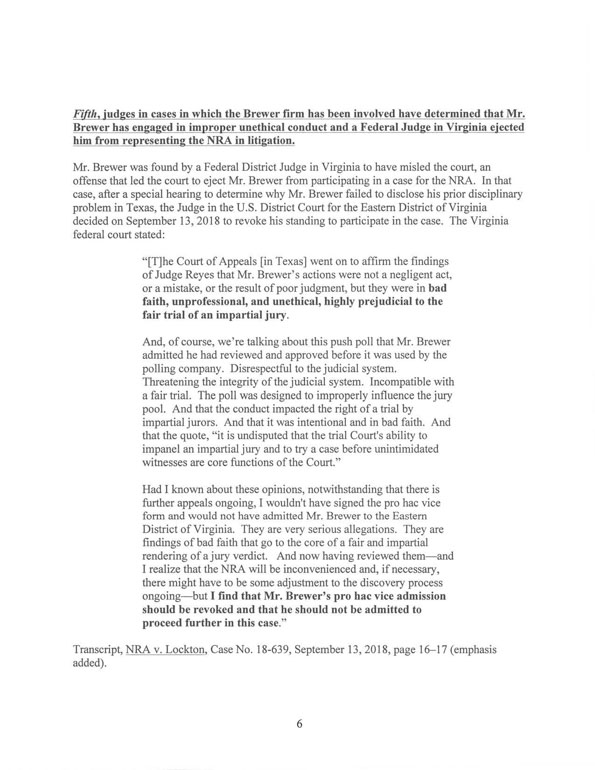 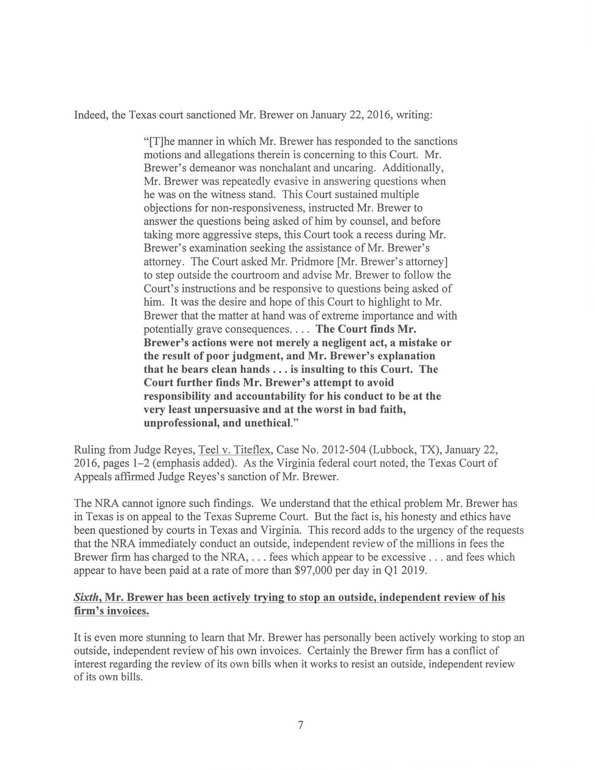