About that NRA Board Vote Outcome. . .

USA – -(AmmoLand.com)- Okay, since there are stupid people online who make assertions about something they know nothing about, let me enlighten you.

The new slate of officers [candidates] for the National Rifle Association was decided upon, and nominated by, the NRA Board of Directors nominating committee.

There were no nominations from the floor when these names were put forth. With no opposing nominations, the vote was done by acclamation, not roll call vote. This action is similar to passing a piece of legislation by voice vote.

Now, for you chuckleheads, I did not vote for our Board to go into Executive session. That was reported.

Here is the deal: there were some 2 million ballots issued [to voting eligible NRA members] for this past 2019 Board election, for which I was a candidate.

There were less than 150K ballots returned.

[of that number returned some were ineligible or not counted, for assorted reasons, including being blank, having made more than 27 choices, received past the voting deadline, being ballots from wrong years, or not authenticated by the member properly]

So, all of you brave people complaining about me via the invisible mechanism of social media, did you vote? Did you participate? Or, are you just a couch warrior that ain’t got the balls to say something to my face?

Now, please, have a nice evening, and know that God loves you. I can choose whether I do or not. 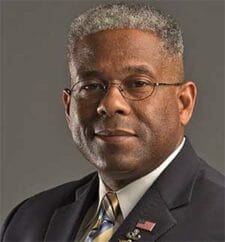 Allen West is a retired Lieutenant Colonel in the United States Army. Mr. West is a Senior Fellow at the Media Research Center to support its mission to expose and neutralize liberal media bias and is author of the book from Brown Books Publishing Group, “Hold Texas, Hold the Nation: Victory or Death” available on Amazon.

Pelosi’s Scheme to Push Gun Control Though the Senate, Will Joni Ernst Stop It?

Pelosi’s Scheme to Push Gun Control Though the Senate, Will Joni Ernst Stop It?