With the NRA Annual Meetings under way today, you can be sure there’s no shortage of things to cover this week. If you’re in Indy for the meetings and exhibition, remember that individuals need to have valid license to carry.

The Ever Expanding Administrative State

Everyone remembers former President Obama’s “pen and phone” threat to gun law, and even more recent in memory is President Trump’s embidoment of that Obama-era threat with his much-maligned bump stock ban. We’re seeing now that, on both sides of the mainstream political aisle, using executive agencies to make changes to law that the legislature is unwilling to do is less a thing of shame and growing more and more into a point of pride.

This week we saw 2020 Presidential hopeful Kamala Harris assert that, if elected president, she could impose “near-universal background checks” and close the “boyfriend loophole” without the help of congress. Oh boy. It sure would be nice if any of our elected officials had stayed awake in civics class. 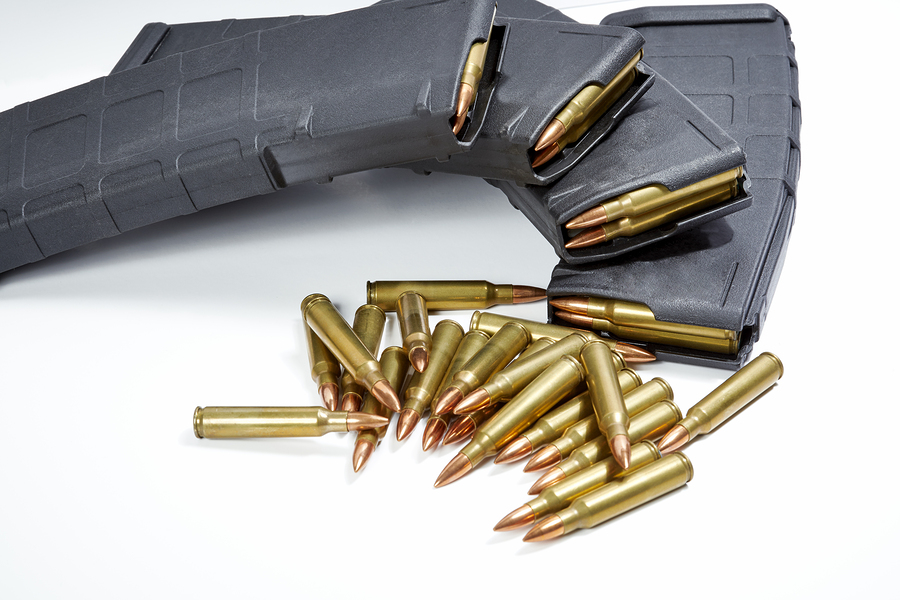 On Monday, the Colorado Supreme Court announced that it will review a Second Amendment challenge to the state’s controversial 2013 ban on magazines holding more than 15 cartridges. Under the law, previously owned magazines were legal to keep, but not transfer. The lower state courts held the laws to be constitutional, applying a toothless analog of the “rational basis” test which basically stands for no other proposition but that the government wins.

The Court hasn’t yet set a date for oral argument, but there is room for cautious optimism as more case law develops in the area. Legal scholars disagree as to what factors are relevant in determining whether a magazine ban is constitutional. I am personally of the opinion that magazine bans, like speed limits, have no principled distinction when it comes to number. If banning magazines is unconstitutional (which it undoubtedly is) then whether th ban be on 10, 15, or 38 rounds ought make no difference. There’s no principled distinction between a 50 mile per hour road and a 55, and the same ought be considered when weighing a 10 round limit against 15. Last week, a 12-year-old boy died in Westchester County, New York after shooting himself while playing with a gun at home. NY lawmakers are using this, and other tragic—yet remote—incidents to push the “safe storage” bill headed to Governor Cuomo’s desk. The bill makes it a crime for anyone with children under the age of 16 in their home (or who know a 16-year-old may visit their home) to keep all firearms locked up when not in use.

There is a lot at play in these laws. Many states only impose liability if a child actually uses the firearm, but New York’s attaches by the mere act of having an unsecured firearm in a home, where someone under 16 might be able to access it. This is problematically broad.

Yes, gun owners need to exercise extreme care when there are children in the home, and a safe is an excellent form of that care. However, as the Supreme Court recognized in Heller, a gun in the home that’s not immediately usable doesn’t do much good when one needs a gun.

I’ve always advocated that people with children in their homes keep all firearms secured, save for the one designated for home defense, which be worn on the body. This ensures the child won’t access any firearms, without rendering the home defenseless.

However, every situation is different. I’ve met twelve-year-olds who handled firearms more carefully than police officers. A parent who knows their child is competent and respectful of a firearm ought not be made a criminal because of a bedside table gun in the parent’s room.

As for those parents who are truly irresponsible—we don’t need new laws to handle them. It’s classic criminal negligence to leave a loaded gun with an irresponsible child. New York’s law does nothing to mandate responsible parenting, but instead imposes the liability due a bad parent upon anyone who might have a sixteen year old in their house. Governor Phil Murphy of New Jersey renewed his push this week to discourage gun ownership in the garden state. Currently, New Jersey residents need to get a firearm owner ID card and, for handguns, a handgun permit. The ID card currently costs $5 and the handgun permit $2. Both come with considerable arbitrary delays and checks. The governor wants to see these increase to $100 and $50, respectively. Together, that’s the price of a brand new Hi-Point.

This breed of gun control — increasing prices to punitive levels — has always puzzled me when it comes from the political left. We see anti-gun activists decrying that you can buy an AR-15 for “just $1,100” (in reality more like $450). The argument seems to be, then, that guns are too affordable?

What flows from that, then, is that supporters of these laws don’t think economically disadvantaged people ought to have a means to defend themselves. Despite the fact that the disadvantaged, whom the political left tend to co-opt, make up the vast and sweeping majority of victims of violent crime. One would think people who care for the poor would want defensive arms to be more, not less, affordable. But here we are. The town of Burrillville, Rhode Island voted unanimously to make itself a “sanctuary town” for gun owners this week. These are an excellent means of normalizing gun ownership and a great way of pushing the needle. The town essentially declared that it will not enforce any gun offenses that do not result in harming someone.

In a profound display of ironic cognitive dissonance, the Rhode Island Coalition Against Gun Violence asserted that the town is abusing the term “sanctuary city.” It wrote that “in a time when our nation’s executive is using his administration’s power to threaten our most vulnerable communities, becoming a sanctuary city is a municipal tool” to protect those people.

What I love about this is that it exemplifies the exact reasons sanctuary treatment is valuable to any community whose rights are being threatened. Without realizing it, the Rhode Island Coalition Against Gun Violence made the argument for gun sanctuary. And it’s beautiful.

We Have a Winner: Shooting The Bull 410 Wraps Up His 9mm Ammo Quest