Arizona -(Ammoland.com)- -The mass murderer in New Zealand was not an ordinary active shooter. He is a political terrorist who is working to advance a political agenda. One of his primary goals is to further gun control in the United States. His manifesto clearly states that goal. From The Great Replacement:

Finally, to create conflict between the two ideologies within the United States on the ownership of firearms in order to further the social, cultural,political and racial divide within the United states.This conflict over the 2nd amendment and the attempted removal of firearms rights will ultimately result in a civil war that will eventually balkanize the US along political, cultural and, most importantly, racial lines.This balkanization of the US will not only result in the racial separation of the people within the United States ensuring the future of the White race on the North American continent, but also ensuring the death of the “melting pot” pipe dream.

The mass murderer studied the mass media, perhaps better than most political terrorists do. He saw their prejudices, their agendas, and structured his attack to use their weakness for his purposes. From his manifesto:

Why did you choose to use firearms?

I could have chosen any weapons or means. A TATP filled rental van. Household flour, a method of dispersion and an ignition source.A ballpeen hammer and a wooden shield.Gas,fire,vehicular attacks,plane attacks, any means were available. I had the will and I had the resources.I chose firearms for the affect it would have on social discourse, the extra media coverage they would provide and the affect it could have on the politics of United states and thereby the political situation of the world.The US is torn into many factions by its second amendment, along state, social, cultural and, most importantly, racial lines.With enough pressure the left wing within the United states will seek to abolish the second amendment, and the right wing within the US will see this as an attack on their very freedom and liberty.This attempted abolishment of rights by the left will result in a dramatic polarization of the people in the United States and eventually a fracturing of the US along cultural and racial lines.

Won’t your attack result in calls for the removal of gun rights from Whites in the United States?

Yes, that is the plan all along, you said you would fight to protect your rights and the constitution, well soon will come the time.

Were/are you a supporter of Donald Trump?

As a symbol of renewed white identity and common purpose? Sure. As a policy maker and leader? Dear god no.

His inspiration is the political terrorist who he has emulated, the Norwegian mass murderer who is in prison. Anders Brevik murdered 77 people, of which 69 were from a youth camp for the far left Norwegian political parties. Brevik wanted to stop the Muslim colonization of Europe. From the manifesto:

Were your beliefs influenced by any other attackers?

I have read the writings of Dylan Roof and many others, but only really took true inspiration from Knight Justiciar Breivik.

Were/are you a fascist?

Yes. For once, the person that will be called a fascist is an actual fascist. I am sure the journalists will love that. I mostly agree with Sir Oswald Mosley’s views and consider myself an Eco-fascist by nature. The nation with the closest political and social values to my own is the People’s Republic of China.

Sir Oswald Mosley was a prominent National Socialist in England before and during the Second World War. Modern “Communist” China is necessarily a National Socialist political system. The party running China makes the trains run on time.  The Chinese Communists call their system Socialism with Chinese characteristics.

Muslim terrorists wish to spark an all-out war with non-Muslims. The terrorist in New Zealand has the same goal from the opposite perspective. He wants to inflame a defensive battle by non-Muslims against Muslims who are invading the west.

After the terrorist attack on 911, I wrote the Muslim attackers were not cowards. From their perspective, they were courageous and dedicated warriors.  Cowards do not take over airliners and fly them into buildings on a suicide mission. 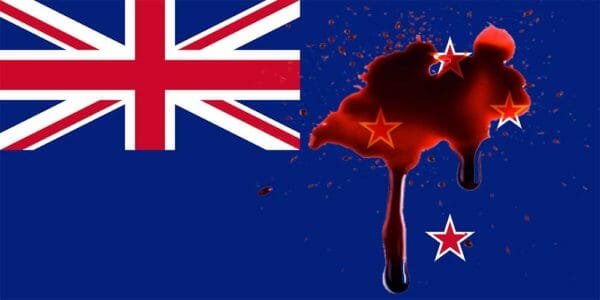 Muslim terrorists wish to spark an all-out war with non-Muslims. The terrorist in New Zealand has the same goal from the opposite perspective. He wants to inflame a defensive war by non-Muslims against Muslims who are invading the west.

The more intelligent, committed, and coherent political terrorists are, the more dangerous they are. This attacker was/is more dangerous than most. He claims the attack was planned over two years, and was in retaliation for terror attacks by Muslims. As a more general note, he says his attack is in retaliation for 1300 years of Muslim aggression, conquest, and murder.

Here is a prediction, based on the murderer’s agenda. The firearms he used will be found to have been manufactured in the United States. That works to advance his goal of pushing the Democrats in the United States to enact strict infringements on the Second Amendment. [And we can be sure that they will take the bait.]

The Jay County, Indiana Schools Are Taking a Unique Approach to Arming Teachers