Sadly She Is Back In Office, But She Is Not Flying USAF Air

USA – -(AmmoLand.com)- A frail, retired Air Force, Chief Master Sergeant, Security Forces (SF) “cop” with a cane in hand, walked out onto the flight line of Andrews Air Force Base.

He stopped at the entry control of the hangar where Air Force One was parked. He advised the young SF Staff Sergeant on duty that, back in the day, he had flown with three different Presidents, providing security for Air Force One and the men who flew on that plane.

He wanted to know if President Obama was going to be flying today and could he please speak with the President. The Staff Sergeant told the old Chief that it was 2016 and Obama was no longer the President. The Chief then asked if Speaker Nancy Pelosi was flying on her 200 passenger Air Force plane today and could he speak with her. The SF Staff Sergeant told him Speaker Pelosi was also no longer in that office and did not fly out of Andrews AFB anymore.

The old Chief left but returned the next day and asked the same question of the same young SF Staff Sergeant. Receiving the same answer he turned and left again.

On the third day, as the old Chief approached, the SF Staff Sergeant got on the radio and requested his Flight Chief supervisor to be present. This time the old Chief asked the same question to both men. The Flight Chief, a little annoyed, advised the old Chief that President Obama was no longer in office and that neither person was authorized to fly on an aircraft out of Andrews AFB anymore. He added, “Chief this has now been explained to you three times.”

The old Chief, with a smile on his face, replied that yes, he knew both people were no longer in office, and yes he was a little annoying to the Staff Sergeant, but he just loved to hear the same reply each time to his question.

Well, folks, the sad thing is “she” was not voted out of office and she is now back in as the speaker of the house. The old Air Force “Cop” Chief Master Sergeant is not around anymore. Most likely he is rolling over in his grave.

The is no cooperation from Pelosi along with her Democrats and their efforts to disrupt the nation is glaring. However, President Trump is continuing to fly out of joint base Andrews but “she” has been ground for the time being.

“She is baaack” and obstructing as if her life depended on it.

Our nation is depending on leadership. 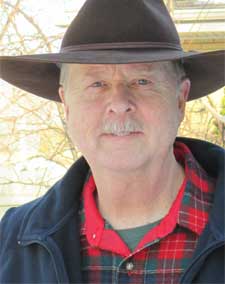 Major Van E. Harl USAF Ret., a career Police Officer in the U.S. Air Force, was born in Burlington, Iowa, USA, in 1955. He was the Deputy Chief of police at two Air Force Bases and the Commander of Law Enforcement Operations at another. He is a graduate of the U.S. Army Infantry School.  A retired Colorado Ranger and currently is an Auxiliary Police Officer with the Cudahy PD in Milwaukee County, WI.  His efforts now are directed at church campus safely and security training.  He believes “evil hates organization.”  [email protected]

3 Common Handgun Failures and How to Clear Them

Chinese Penalties for Illegal Ownership of Guns and Ammunition