U.S.A. –-(Ammoland.com)- The mass murderer at the Mandalay Bay Casino in Las Vegas used something called a bump stock. In theory, a bump stock allows a gun to fire faster. Some politicians say that is too fast. In fact, the fastest shooter alive today fires a semi-automatic gun so quickly that it rivals some machine guns. Government regulators, and some anti-gun Democrat politicians, then concluded that civilians should be denied the use of all semi-automatic weapons. They claim these guns can shoot like machine guns, at least some of the time. That regulation and laws like it miss the point entirely.

If civilians should be disarmed because these weapons are too dangerous then we should disarm local, state, and federal law enforcement as well. If these guns, and I’ll let you choose which ones you want to ban, are too dangerous for law-abiding citizens to own then they are far too dangerous for the government to have. As Senator Feinstein said, “Turn them all in,” only this time we’re including the politicians and the police as well. That proposal is based on facts and is less far-fetched than it sounds. 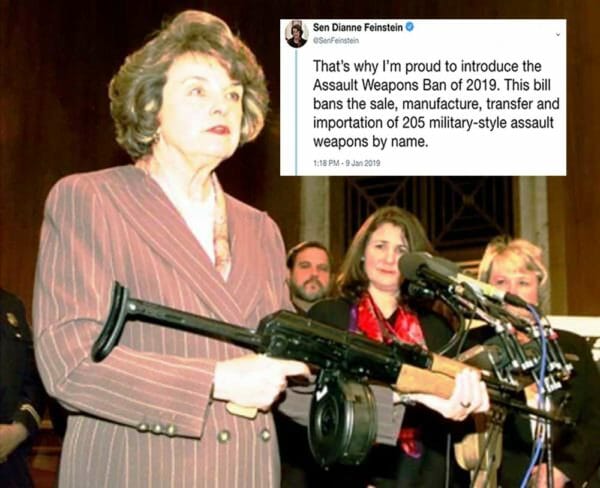 This is what we know from the data we have.

Licensed concealed carry holders are more law-abiding and less criminally inclined than the police. The average citizen is less likely to commit suicide than a police officer. The average gun owner is significantly less likely than the police to shoot the wrong person. Licensed concealed carry holders in the US are among the most law-abiding and non-violent group of people on the planet. If the most law-abiding and peaceful group on earth is too dangerous to have guns then so is everyone else. The largest mass murders in US history were committed by the US government.

Let the politicians and judges go first. Disarm the guards at the state capital. Disarm the bailiff at the courthouse. How many celebrities will be for gun-control if it means giving up their private security guards at their gated mansions?

Eliminate the legal exceptions that allow legislators to go armed while ordinary citizens must be defenseless. If you think certain guns, magazines or firearms accessories should be banned, then show us the way and lead with your example. If the rules don’t apply to the politicians and the people guarding them, then gun regulation is simply another government power grab.

Tyrants always want to disarm their subjects, but never themselves.

Iowa Gun Rights Amendment Won’t be on 2020 Ballot Due to Sec. of State’s ‘Oversight’