Allen West is running for reelection to the 2019 NRA board of Directors.

USA – -(AmmoLand.com)- AmmoLand News had a chance to catch up with our friend Allen West to talk about his run for reelection to the NRA board of directors in 2019 and about the organization itself as well as the current political outlook for gun owners in the face of a hostile Congress.

Fredy Riehl: Hello Allen, thank you for taking the time to talk with AmmoLand News I know you have a busy schedule. Can you start by letting our readers know what your primary motivation is to continue as a Director on the NRA board?

Allen West: My primary motivation for continuing to serve on the NRA Board is to honor my oath to the Constitution that I took on 31 July 1982 when commissioned as an Army officer. I also think it is critical to advocate for the NRA in the minority communities where second amendment rights have incessantly been under assault. When I think of the progressive socialist left’s goal to not just undermine the Second Amendment, but to potentially disarm law-abiding legal gun owners in America, this is a definitive fight for liberty, freedom, in America. I want to be a leading voice to ensure that our right to keep and bear arms is never rescinded, and not infringed upon.

Fredy Riehl: We have a lot of veterans that are regular readers of AmmoLand. Tell us about your military background?

Allen West: My military background begins with my Dad who was a US Army Corporal in World War II. My older Brother was a US Marine Corps infantryman in Vietnam, wounded at Khe Sahn. At the age of 15, my Dad challenged me to be the first Officer in our Family. I began my military career at Henry Grady HS in JROTC and went on the be commissioned through Army ROTC at the University of Tennessee, Knoxville. I served twenty-two years active duty to include combat tours of duty in Operations Desert Shield/Storm and Operation Iraqi Freedom. After my retirement from the US Army on 1 August 2004, the following year I volunteered to be a civilian/military adviser to the Afghanistan National Army, for two and a half years. I was a Field Artillery officer who served in the 1st, 2d, 4th US Infantry Divisions. I also had two assignments with Airborne units along with an exchange assignment with the US Marine Corps, Camp Lejeune NC. Currently, my Nephew is serving as an active duty Army Major, also a Field Artillery officer. 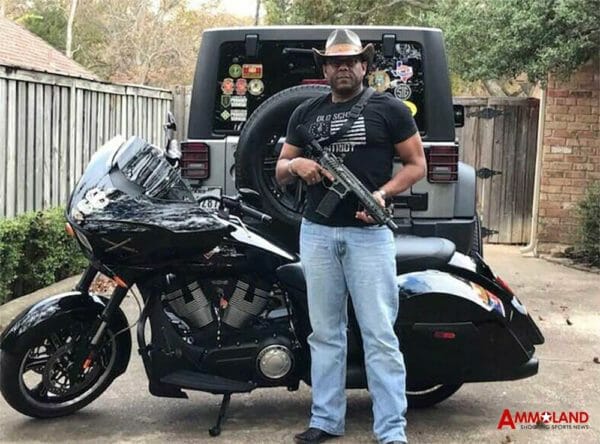 I began my military career at Henry Grady HS in JROTC and went on the be commissioned through Army ROTC at the University of Tennessee, Knoxville. I served twenty-two years active duty to include combat tours of duty in Operations Desert Shield/Storm and Operation Iraqi Freedom.

Fredy Riehl: Allen, the NRA leadership and the organization’s finances have been the source of a lot of discussions the past few months. What updates can you relay to us from the recent NRA Board meeting?

Allen West: We just concluded our NRA winter board meeting, and it is very apparent that there is a focused effort by former NYC Mayor Michael Bloomberg and New York Governor Andrew Cuomo and incoming New York Attorney General Letitia James to destroy the nation’s oldest civil rights organization, the National Rifle Association. I will not go into any confidential information but the nefarious attacks against the NRA, along with the focus of certain political leaders, should give witness to the fact that the existence of the NRA is very disconcerting to the progressive socialist left.

As well, it should be considered a direct assault on the 5M members of the NRA.

The NRA finished 2018 with its largest ever number of members, and highest amounts of funds raised…even with the incessant, and unwarranted, attacks levied against the organization. The NRAAM in Dallas Texas drew a record crowd, largest ever. 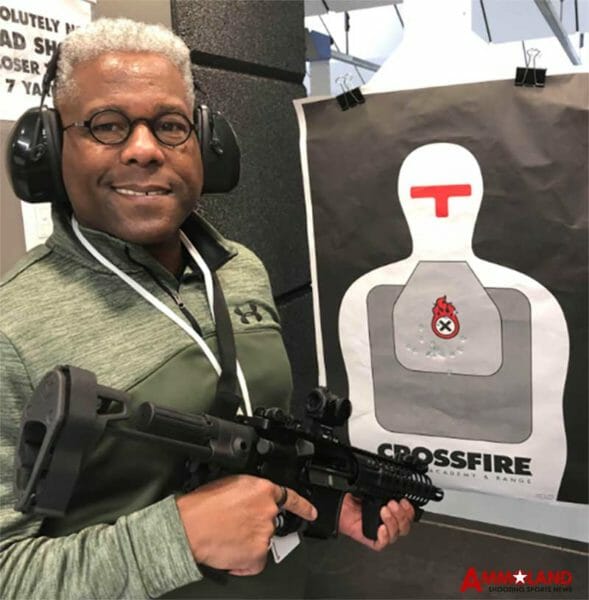 Fredy Riehl: You have worked on Capital HiIl as a member of the 112th Congress. The current crop of newly elected Freshman Democrats seem deadset on taking away our right to keep and bear arms any way they can. How serious do you think this threat is for the average U.S. gun owner?

Allen West: The threat posed by the progressive socialist left to the Second Amendment is real. The firmly realize that a legal, law-abiding armed individual is a citizen…an unarmed one is a subject. In order to enact their goals and subjugate We the People to their tyranny, we cannot have the means to safeguard ourselves. Their lies, distortions, and deceit will not end until they have rendered the Second Amendment a relic. The left will continue to cherry pick what they believe are laws, even after the Heller and McDonald court decisions, and deny that the Second Amendment is part of our rule of law and the law of the land. Recent efforts in New Jersey and ballot petitions in Florida evidence their relentless desire.

Fredy Riehl: The NRA has come out in support for Red Flag Gun Confiscation orders. When the membership see that these orders have already gotten innocent gun owners killed and they have no due process to protect our rights, how do we not look at the NRA leadership as selling us out on this? Help us understand this dichotomy.

Allen West: Red Flag Laws were a topic of discussion at the NRA winter board meeting. It is of high concern to me and others as board members. I have compared these laws to the FISA court and articulated the dangers of having secret courts that make decisions unknown to citizens. As well, I believe that there need be consequences for false accusations, something quite needed in our society with the Brett Kavanaugh hearings proving that point. I assess that this is yet another means by which the progressive socialist left is seeking to undermine the Second Amendment, and also jeopardize Fourth Amendment rights in America. I do not agree that law-abiding gun owners are being sold out. 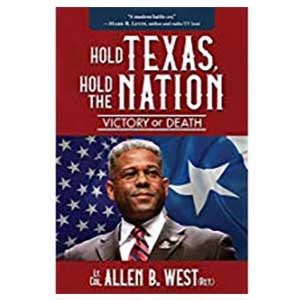 Fredy Riehl: You recently released a new book “Hold Texas, Hold The Nation: Victory or Death.” What is the threat to Texas from the massive influx of new residents and how does that relate to your new book title?

Allen West: The migration of people from failing blue states into successful red states is very troubling. We have seen this happen in Nevada, Arizona, New Mexico, Virginia, and Colorado. The most significant export out of California, Illinois, New York, and New Jersey, just to mention a few, are folks fleeing these states, yet holding onto the failed ideological beliefs. Texas is experiencing a demographic shift which is also leading towards an ideological shift, centered on urban population centers.

It is unconscionable that people, corporations, and businesses would relocate to States that understand liberty, freedom, and the policies that enable economic empowerment and opportunity, yet hold onto the principles that forced them to leave previously mentioned States. The ramification is that legal law-abiding gun owners in conservative red states will find themselves contending with attitudes and policies that more so resemble California and other restrictive states. It is happening in Texas, and places like Florida, Georgia, North Carolina, and Tennessee are also in the sights of the left for their locust-like migratory ventures.

Fredy Riehl: How can our readers support your reelection efforts to the 2019 NRA Board of Directors?

Allen West: I would be humbled and honored to have the support of AmmoLand readers to have a second three-year term to serve on the NRA Board of Directors. I am not there to have a title, or position, but rather to be a leading voice against the progressive socialist left. Readers can vote and please, admonish others to support my reelection to the NRA Board, but only if you feel that I am deserving. I am not one who seeks an entitlement. I want to serve the over 100 million legal, law-abiding gun owners in America. The NRA has a little over 5M members; I want to inspire 10M to join and stand on the ramparts to defend that right which was established on April 19, 1775, at Lexington Green Massachusetts. As the tattoo on my right inner forearm states, “Molon Labe.”

If you are a voting eligible NRA member, you should see your ballots in the various January NRA monthly magazines. Be sure and cast your vote for Allen West and help re-elect him to NRA board.

OpSec: Your Social Media Posts Can Be Used Against You

OpSec: Your Social Media Posts Can Be Used Against You