Preparing the next generation of Second Amendment Defenders

The future of the Second Amendment may well rest on how well we prepare the next generation to defend it.

U.S.A. –-(Ammoland.com)- President Ronald Reagan famously said that “Freedom is never more than one generation away from extinction.” That is particularly true of our Second Amendment rights. The fact is, those who wish to enact an extreme anti-Second Amendment agenda have been working to reach the next generation of voters.

This always is a delicate balancing act. We shouldn’t turn out children into political pawns, but there is also a need to make sure that they do not become the targets of undue influence from teachers. We shouldn’t be ignoring the desires of parents (especially with nieces and nephews), but we also want to make sure they are safe around our firearms.

One way is to get them junior memberships in NRA. A one-year membership is $15 and good for those under the age of 15. This will hopefully grow to a regular membership – and a start at giving them the facts to help defend their Second Amendment rights. That start must also be backed up by teaching them the basics about firearms safety – with parental consent if they are not your immediate direct descendants.

They may not be old enough to have their own guns, but it will not be too soon to teach them about our Second Amendment rights. And it’s clearly obvious that early education will be necessary. Take a look at the actions of the American Federation of Teachers – a union that purports to represent educators in this country. That union is trying to leverage their pension funds to strip away our Second Amendment rights, and they mean it. You can also bet that this union will be encouraging its members to spread anti-Second Amendment propaganda as well.

It goes without saying that it will be vitally important to keep track of how things went at school for your kids (and other relatives), and to find out what – if anything – their teachers are saying about the Second Amendment and related issues. Keeping an eye on the school textbooks is also important as well. By the time the next generation is ready to cast their first vote, you can have them ready to take their place on the ramparts – as a voter, activist, or more.

While the short-term fight for our Second Amendment rights is important, we must not neglect our future. The long-term defense of the Second Amendment may well rest on how well we prepare the next generation. 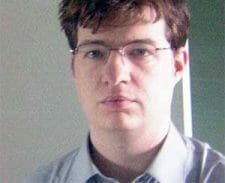 Writer Harold Hutchison has more than a dozen years of experience covering military affairs, international events, U.S. politics and Second Amendment issues. Harold was consulting senior editor at Soldier of Fortune magazine and is the author of the novel Strike Group Reagan. He has also written for the Daily Caller, National Review, Patriot Post, Strategypage.com, and other national websites.

I’ll Just Leave This Right Here: A Good Scope is a Durable Scope

A Mother Talks to Her Sons About Brett Kavanaugh

A Mother Talks to Her Sons About Brett Kavanaugh

Chicago Tribune Columnist Admits Gun Control Is Not the Answer