U.S.A. –-(Ammoland.com)- On 17 December 2018, the City of Baltimore held a gun “buyback”. The term “buyback” is an Orwellian propaganda term. You cannot “buyback” something you never owned in the first place. It should be called a gun turn-in.  On 17 December, over 500 guns were turned into the police for destruction.

One of them, a small 9 mm semi-auto pistol was turned in by Darlene, as interviewed by the local Fox affiliate, Fox45.

A woman by the name of Darlene told a local Fox affiliate that she turned in her 9 mm on Monday in order to “upgrade to a better weapon,” adding that she hadn’t “quite decided” yet what that weapon would be. 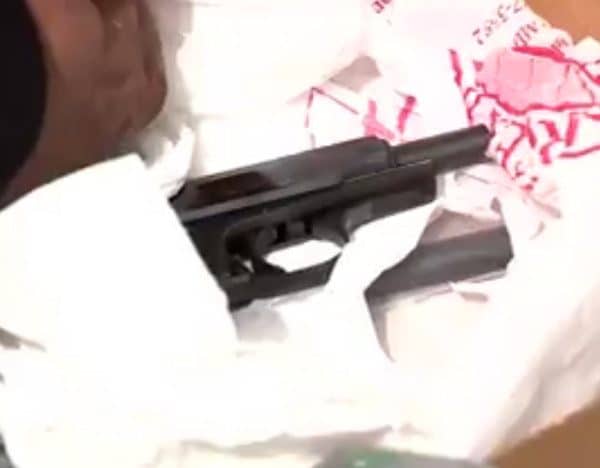 Better footage of the firearm turned in by Darlene shows it was likely a Soviet-era 9X18 Makarov pistol.

Better footage of the firearm turned in by Darlene shows it was likely a Soviet-era 9X18 Makarov pistol. The pin at the rear of the trigger guard, the angle of the slide to the lower edge of the frame, above the trigger, and the rebated slide at the muzzle end are all good indicators that it is a Makarov.  (I believe the area above the trigger is a polished slide, not the ejection port.)

Darlene had the right idea. A decent Makarov is bringing about $250 on the open market these days. Transaction costs would eat up the $50 difference. Legal sales of pistols in Maryland are heavily burdened with regulation.

What can Darlene get for $200 or a bit more? She can obtain some very serviceable pistols.

She can get a Taurus 24/7 .45 ACP factory blem, $250 at gunbroker.com, at the time of this writing. She would have to look hard to find the blemish.

Darlene said she wanted something better. Bigger was mentioned. Darlene was not exactly sure what she wanted. A Ruger LCP .380 mini pocket pistol was only  $169.99 at palmettostatearmory.com.The Rugers have an excellent reputation.

We do not know if there was any problem with the pistol Darlene turned in.

Gun turn-ins are a magnet for converting malfunctioning and problem firearms into cash. I turned in a couple of beat up and malfunctioning .22 rifles for $100 each at the Phoenix turn-in a few years ago.They were missing a few parts, but could be made to fire, occasionally. I used the gift certificates for cleaning supplies.

My source at the Baltimore turn in made a better deal than Darlene. He purchased a Jennings .380 for a bit over $100 a few years ago, only to find it had a cracked slide and was unreliable. He had an old 16 gauge single shot he did not have a use for. The two firearms brought in $300 cash. “Steve” took the worst two of his old 30 round magazines to the turn-in. They told him they had stopped paying for magazines. 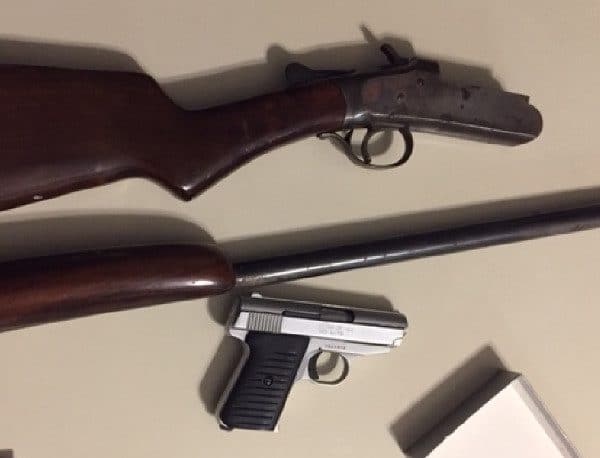 “Steve” ended with $300 cash. “Steve” reported a  heavy police presence at the turn-in. There was a portable command post, and large numbers of police inside the building.

“Steve” was not going to convert the cash into another gun. He was ordering a case of .223 ammunition instead.  A thousand rounds of brass cased .223 can be had for under $300, including shipping.  As Madub Ali told Kim in Rudyard Kipling’s classic, “of what use is a gun unfed?”

It is hard to know how many of the old, broken, and unwanted guns will be converted into new guns or more ammunition.

We know some are. The effect on crime is negligible or non-existent, as noted by numerous academics.  From Freakonomics:

When it comes to gun buybacks, both the theory and the data could not be clearer in showing that they don’t work. The only guns that get turned in are ones that people put little value on anyway. There is no impact on crime. On the positive side, the “cash for clunkers” program is more attractive than the gun buyback program because, as long as they are being driven, old cars pollute, whereas old guns just sit there.

With a $250,000 budget from the city, I am not surprised there was a large police presence.  I am sure many of the officers received a nice Christmas bonus of overtime money.