Why cannot liberals tell the truth? We saw it in the Kavanaugh hearings, women coming forward claiming to have been raped only to announce later that they had made it up and “just wanted to help.” It is barely understandable when you see individuals do it. It is totally unacceptable when you see academics do it. Such is the case of Adam Lankford, a professor at Alabama. Simply put it appears he just made up his research to provide a result that made him popular with the left. His study claims the U.S. is the leader in mass shootings.

The fact is based on his criteria the U.S. is 63rd in mass shootings.

Did Adam Lankford sell his integrity for notoriety? Should this fraud still have a job? John Lott is a Professor of Economics, and author More Guns Less Crime.

He and his group decided to reconduct Mr. Lankford’s study. Looking at the same exact time period and using the same precise definitions as the earlier study. The results were dramatically different and academically sound! The U.S. is not 1st in mass shootings; we’re 63rd!

Dear readers this is why we NEED John Lott and need to support his Crime Prevention Research Center. No one else will question the claims of fraudulent academics. When outlandish claims are made who’s to challenge them? When academics sell out for political correctness who will right that wrong?

Many of you want to know how you can help preserve our 2nd Amendment rights? Well here’s a start. Subscribe to Dr. Lott’s site and share what you learn.

Please visit and donate to the Crime Prevention Research Center. 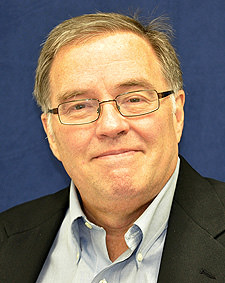 Judge: Cops, School Had No Duty to Protect Parkland Students

Can America Fight Two Cold Wars at Once?